What is National Income?

Definition: The total value of goods and services which has been produced during the period of one year is called national income.

Following are the three different approaches to measurement of National Income: 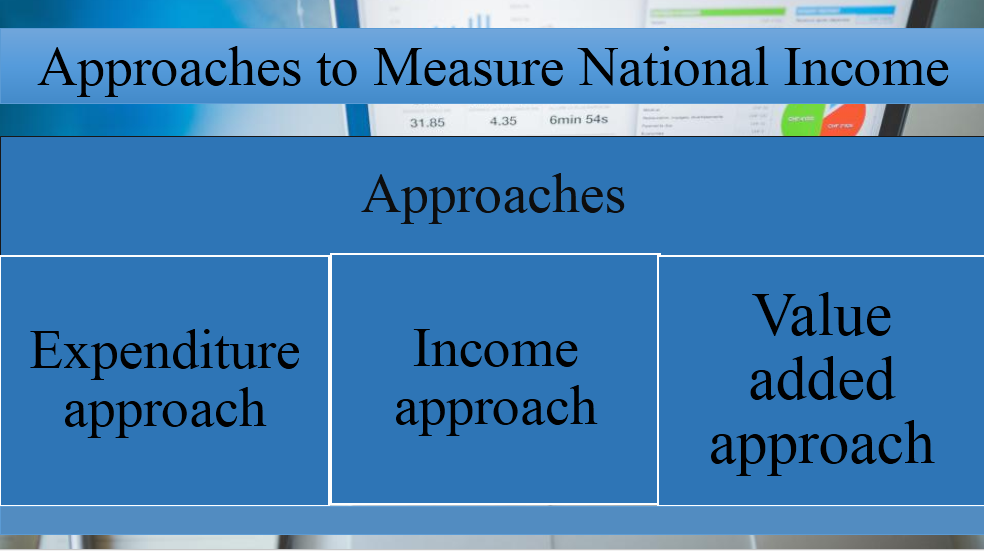 This method arrives at National Income by adding up all the expenditure incurred on goods and services during the year. The National income is calculated by summing up all the conventional and the investment expenditure by individuals, corporations and the government during the given period.

This method measures the National Income after it has been distributed and appears as income earned or received by individuals of the country. In this method National Income is calculated by adding up the rent of land, wages of employees, interest and profit on capital and income of self-employed people.

Difficulties in Measurement of National Income

There are some problems that arise when we measure the national income of a country. Some of these problems are enumerated below: 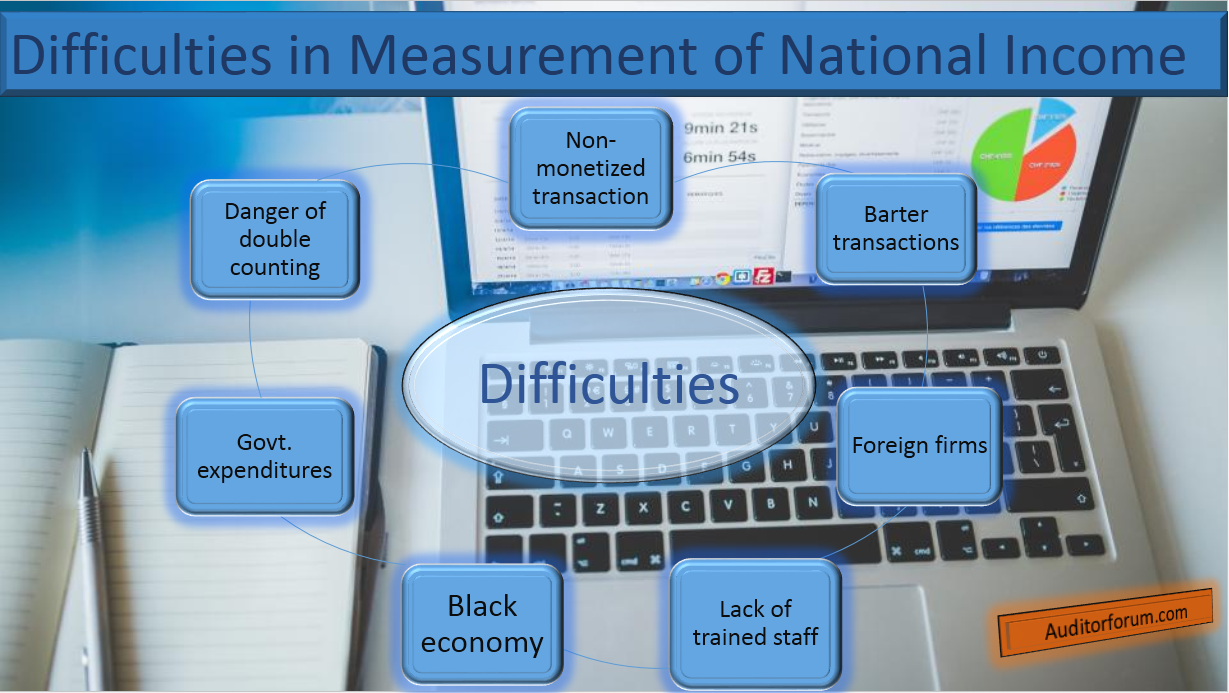 Keep on visiting auditorforum.com. We are keen to know your feedback on this post.